Create the page "Killed by Monsters" on this wiki! See also the search results found. 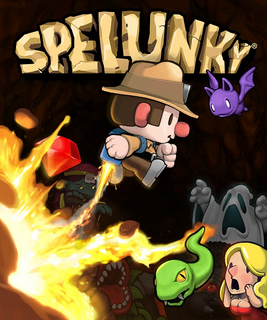 Spelunky is an award-winning roguelike/platformer game made by the indie developer Mossmouth. It is available on multiple platforms, including PC, the Xbox Live Arcade and the Playstation Network. Every level is generated randomly and offers a challenging new experience each time…