Friday the 13th is a 1980 American independent slasher film produced and directed by Sean S. Cunningham, written by Victor Miller, and starring Betsy Palmer, Adrienne King, Harry Crosby, Laurie Bartram, Mark Nelson, Jeannine Taylor, Robbi Morgan, and Kevin Bacon. Its plot follows a group of teenage camp counselors who are murdered one by one by an unknown killer while attempting to re-open an abandoned summer camp.

Prompted by the success of John Carpenter's Halloween (1978), director Cunningham put out an advertisement to sell the film in Variety in early 1979, while Miller was still drafting the screenplay. After casting the film in New York City, filming took place in New Jersey in the summer of 1979, on an estimated budget of $550,000. A bidding war ensued over the finished film, ending with Paramount Pictures acquiring the film for domestic distribution, while Warner Bros. Pictures secured international distribution rights.

Released on May 9, 1980, Friday the 13th was a major box office success, grossing $59.8 million worldwide. Critical response was divided, with some praising the film's cinematography, score, and performances, while numerous others derided it for its depiction of graphic violence. Aside from being the first independent film of its kind to secure distribution in the U.S. by a major studio, its box office success led to a long series of sequels, a crossover with the A Nightmare on Elm Street film series, and a 2009 series reboot. A direct sequel, Friday the 13th Part II, was released one year later.

In 1958 at Camp Crystal Lake, counselors Barry Jackson and Claudette Hayes sneak inside a storage cabin to have sex, where an unseen assailant murders them. Twenty-one years later, camp counselor Annie Phillips is driven halfway to the reopened Camp Crystal Lake by Enos, a truck driver, despite warnings from elderly Crazy Ralph. While driving, Enos warns Annie about the camp's troubled past, beginning when a young boy drowned in Crystal Lake in 1957. After being dropped off, she hitches another ride from an unseen person, who chases her into the woods and slashes her throat.

At the camp, counselors Ned, Jack, Bill, Marcie, Brenda, and Alice, along with owner Steve Christy, refurbish the cabins and facilities. As a thunderstorm approaches, Steve leaves the campground to stock supplies. Ned sees someone walk into a cabin and follows. While Jack and Marcie have sex in one of the cabin's bunk beds, they are unaware of Ned's body above them, his throat having been slit. When Marcie leaves to use the bathroom, Jack's throat is pierced with an arrow from beneath the bed. The killer follows Marcie into the bathrooms and slams an axe into her face. Brenda hears a voice calling for help and ventures outside to the archery range, where the lights turn on. Later, Steve returns and recognizes the unseen killer, who stabs him.

Worried by their friends' disappearances, Alice and Bill leave the main cabin to investigate. They find the axe in Brenda's bed, the phones disconnected, and Ned's truck inoperable. When the power goes out, Bill goes to check on the generator. Alice heads out to look for him and finds his body pinned with arrows to the generator room's door. She flees to the main cabin to hide, only to be traumatized further when Brenda's body is thrown through the window. Soon after, Alice sees a vehicle pull up and rushes outside, thinking it is Steve. Instead, she is greeted by Mrs. Voorhees, a middle-aged woman who claims to be an old friend of Steve and his family.

She reveals that her son, Jason, was the young boy who drowned in 1957, blaming his death on the counselors who were supposed to be watching him, but were having sex instead. Revealing herself as the killer, she attempts to kill Alice, but Alice knocks her unconscious. At the shore, she tries to kill her again with a machete, but Alice gains the advantage and decapitates her. Exhausted, Alice boards and falls asleep inside a canoe which floats out on Crystal Lake. Suddenly, Jason's decomposing corpse attacks her, at which point she awakens in a hospital surrounded by a police sergeant and medical staff who are tending to her. When Alice asks about Jason, the sergeant says there was no sign of any boy. She says, "Then he's still there", as the lake is shown with ripples in the water. 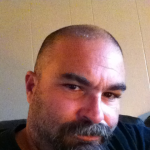