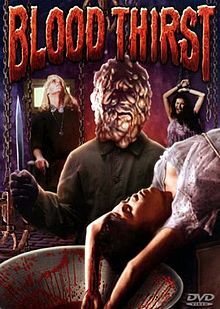 Blood Thirst, also known as Blood Seekers and The Horror from Beyond, is a black-and-white horror film directed by Newt Arnold and shot in the Philippines. It tells of an American detective investigating a series of vampiric murders linked to a Manila nightclub. Blood Thirst was filmed in the 1965 but not released until 1971 in the USA, where it mostly played the grindhouse circuit.

A South American belly dancer has uncovered an ancient Aztec secret for eternal life involving regular blood transfusions. She enlists the aid of a Filipino club owner whose visage turns monstrous when he is stalking his prey.

Community content is available under CC-BY-SA unless otherwise noted.
Advertisement